Off Course is On Target – for Women 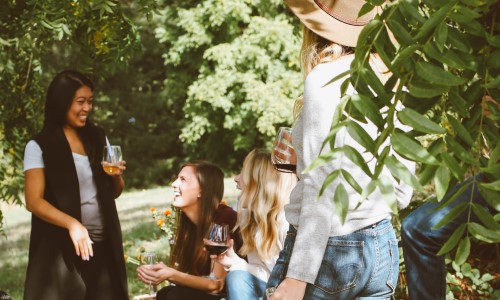 For too many years it was an open secret, or more accurately, an accepted norm, that the private country club model catered to men and golf, and probably in that order.

And that’s the way it was. Not anymore.

“The clubs that want to remain successful in the future and grow have to change with the times,” says Graham House, Clubhouse and Lodging Manager of Cordillera Ranch. A big part of that change at growing clubs has been the inclusion of women and a focus on family-centered activities. The next generation of club leaders are innovators and continue to look out of the box for activities that drive the family experience. According to Graham, “healthy lifestyles, social, and recreational activities focused on families are important.”

Much More Than Golf

That applies to the many historic and traditional clubs as well as newly formed entities. “Women are more influential than ever and driving decisions for their families – that includes clubs,” says Emily Ojerholm, Membership Director, Longue Vue Club. “We have to make sure we have offerings for women who are interested in golf and those who are not. We have to be more multifaceted in our offerings to promote the entire experience.”

That has led some of Longue Vue Club’s activities off of the golf course and into surrounding areas. There the members are able to connect and build relationships within the club social scheme but in their specific areas of interest. “We're working to develop a variety of clubs within a club,” says Emily. Within the last two years, they’ve hired a Director of Fun to engage with members and create active programming year round like fly fishing, wine, and gardening, “things that mom and dad can participate in together and with their families,” she says. They’ve also added events that included a petting zoo and held an indoor snowball fight in the attic of their clubhouse. In Emily’s estimation, programs like that have made them the most family-oriented club in the area and helped them to stand out in their market.

That approach isn’t just proving successful in the area surrounding Longue Vue Club. Clubs nationwide are adding family-focused amenities to great success. Health, fitness and wellness options such as gyms, personal trainers, and yoga classes are becoming almost commonplace. The Cordillera Ranch, for example, lists six distinct clubs on their website in addition to golf. “We're not trying to separate the family, golfer, and spa users,” according to Michael Bratcher, General Manager at Victory Ranch, where the offerings also include mountain biking, skiing, an arts & crafts studio, yurt camping and much more. “We're trying to bring the family together.”

Getting them young and keeping them at the club has even taken on a decidedly literal turn at some clubs: they’re offering childcare services and at below the market rates. They’ve found that getting and keeping families and their dues through their child-rearing years offsets the cost. In fact, one club reported that members had joined just to take advantage of the daycare.

As women take more leadership roles in business and female-focused networking events continue to grow, forward-looking clubs would do well to incorporate these opportunities into their programming. After all, clubs exist to build and promote relationships. Today that includes a blend of family and business life. For many, this could be an ideal situation for everyone. As Emily sees it, “clubs need to be relevant for various demographic segments.” In modern terms that means especially for women.

We interviewed a variety of leaders at the forefront of the club industry to discover how they are addressing top issues, including member recruitment, engaging women and families, and the role of technology. Their thoughts are collected here in this ebook, Conversations with the Next Generation of Club Leaders.