Growing Stronger Through the Storm 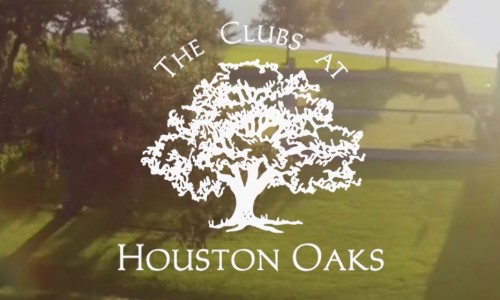 The Clubs at Houston Oaks are unique for a variety of reasons, not the least of which is the “s” at the end of the word “clubs.”

There are multiple clubs on the property, eight in fact. But that they’ve been able to actually grow during the pandemic is probably the most interesting aspect to those in the club industry. “We've seen our membership roster grow by about net 50 during COVID,” said Robert J. Gusella, Chief Executive Officer and General Manager. Importantly, that growth has been led by an overall youth movement. Remember all that talk about how “the millennials were going to kill the club business? It’s not happening here.

From its very core, The Clubs at Houston Oaks, are different in one significant way from traditional clubs: it is a for-profit business operating as a private club. When the owners established the club, they set the standard that if there's any operating loss at the end of the year, the owners would be responsible and not pass those costs on to members. Once members join, they never have to worry about a special assessment. This causes everyone involved in running the club to keep a close eye on what features of the club are actually utilized, and where investments will provide the most benefit, unswayed by the personalities of committees.

One thing they realized towards the end of 2018 was that there was a gap in their membership demographics. When adult children of members reached the age of 25 they were non-dependent and no longer entitled to the club benefits of their parents. They were often not ready for full membership, but there wasn’t a way to bring them into the club fold.

The Kids Are Alright

The answer was a new membership level. Targeted to the adult children of current members, they created a young executive-level membership. That membership gives them access to the club at a level and at a time in their life where they might not have expected. The response was an immediate success, quickly netting 35 new members. Building from those gains they had targeting members’ kids, they decided to reach outside the membership base and tap those same new members to invite their friends.

Again the effort was well received. “Maybe this is their first club and a club that they never thought they would be able to join,” says Bob. “Now, all of a sudden, we've made it available to them.” Being located just 35 minutes outside of Houston and providing such a wide variety of outdoor activities, it quickly became an attractive option to safely escape the city and worries of the pandemic. “Since March we've added 60 new members and 40 of those have been at the young executive level,” Gusella shared. “They've added to the club culture with energy, positivity and enthusiasm, and frankly the appreciation of belonging to a club and the desire to use it. It’s been great for us.”

Staying Ahead of the Curve

Those new members bring their own set of expectations. One that is certainly different for a lot of clubs and their members is their use of technology. “I can absolutely see technology changing. We're working on technology all the time,” says Bob. “We're talking about more wireless, more digital solutions for almost everything we do.” That push will ultimately impact every area of the club, from member-facing kiosks to communication channels to security to back-office systems connected through websites.

“Members are looking for us to get into the 2020s with things like a digital wine list, tablet-based menus, and payment solutions in the server's hand,” according to Gusella. “You don't have to go through the archaic exercise of walking around with a pad of paper taking everybody's order. Meanwhile, 10 minutes have gone by since the first person placed their order and the server hasn't left the table. And then they still have to input it all.”

This new technology doesn’t detract from the personalized experience that Houston Oaks delivers, but enhances it, even from a distance. A recent “Bourbon, Barbeque and Bluegrass” event at Houston Oaks Gun Club was the perfect example according to Gusella.

“One of our food and beverage supervisors created a short video and sent it to all members. We probably picked up 50 attendees just because they were happy to see Rachel's face on the video. They felt like she was talking right to them and extending a personal invitation to come out–and they came out.”

The new influx of young members is a boon to the club and it will certainly drive how Houston Oaks plans for the future. Families parent and raise their kids differently today than when many clubs were established. It can’t just be a place where dad golfs, something Bob and the team at Houston Oaks understand well.

With clubs for everyone, an eye on the future, and a finger on technology and the data, The Clubs at Houston Oaks are poised to continue their growth no matter what lies ahead.

See What Other Next Generation Leader Have to Say

Learn more about the Clubs at Houston Oaks