DID YOU MISS IT? Need a recap? Access recordings from all of the Clubessential 2021 Digital Summit Sessions

Pirates, Technology, and Living the Dream 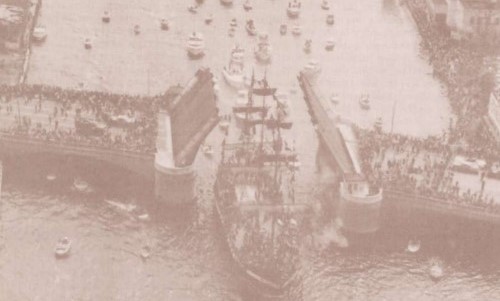 “Living the Dream,” isn’t a throw-away line at the Tampa Yacht and Country Club, it’s the reality our GM, Scott Fairbairn and Board of Governors strive for according to Maureen Crews, Controller at the Tampa Yacht and Country Club.  “I love the area. I love the club and I'm never bored. I can tell you that there's so much going on here,” she says. But how can you not love a club with a history of “pirates” and a storied membership? But more on that later.

Before landing in the club industry, Crews had a very successful career on the finance side of the food and beverage industry and later, property development. That’s where she first saw the benefits of technology to the member experience.  “I got to work hand in hand between IT and our members to make sure that the software implemented helped to better serve the members.”

Now with 20 years in the club industry, she knows how critical the right solution is. When she arrived at the Tampa Yacht and Country Club six and half years ago, adding technology to improve the member experience and enhance operations was an early action item. “I put a system in right away,” she says, and she knew what was critical to success: a great product and implementation team. That’s exactly what she found with Clubessential. Coming into a new club “it helped me make a good impression on the membership” she remembers.

With that investment in place, they work to maximize their member experiences. “When we train our employees it's all about the experience - to greet the members by name and know their preferences. We use Clubessential to help with that. We really log a lot of the information in the system,” says Maureen. While some of that information is related to personal likes and dislikes, other information is much more critical – like potentially deadly food allergies for instance. If that’s the case, the system will notify all involved without sounding alarms. “We’ll note the person at the table and the type of allergy in a very discreet fashion,” she says. That allows even new staff to serve members like they’ve been there for decades and offer the type of member experience they won’t find outside of the club.

From Pirates to Parades - Balancing Traditions With Changing Audiences

According to club lore, in 1904 part of the group that founded the club that same year, started a tradition that has come to be a rallying point for the entire Tampa community. What is now The Gasparilla Pirate Festival, a months-long season celebration, started with 40 people recreating a pirate invasion that never happened based on a pirate, Jose Gaspar a.k.a. Gasparilla, that never existed, all just for fun. And much like that event has grown from one day to a season, things are changing at the Tampa Yacht and Country Club. “We're going through a major renovation of our entire clubhouse. Since I've been here, we've constructed a new marina, outside bar and pavilion, maintenance facility and we are now working on a total renovation of our clubhouse. It's never a dull moment here,” she says.

Importantly, the impetus for those changes are coming directly from member input.  According to Maureen, “sometimes traditional country clubs were not willing to make that change. But I think we have to. To survive and compete with all the trendy clubs or restaurants we've got to change with member  needs or, or they're going to go someplace else.”

To discover those needs and determine their direction they went right to the source, their members. Through a series of surveys, focus groups and town hall meetings, they realized that the needs of the members were totally different than how they were aligned. That’s why the changes had to be made. “The members want more outside dining. They really don't want the formal dining anymore. They want more casual dining and bars.”

That’s where the balancing act with tradition comes in to play. There are multiple generations of members within families at the club, and tradition has a role. But it can’t over-ride the next generation of member needs and desires. “I love the traditions,” says Maureen.  “But at the same time, we have to upgrade, the members want that.”  She takes us back to the bar for an example. “They want the cocktail service to not be the same old traditional cocktails. We had to take the mixology further and to what's the latest and the greatest out there.” That’s what clubs are competing with today.

Cruising to What’s Next

Much like modern sailors observe many traditions while they search for what’s next over the horizon and what the ocean will bring, the Tampa Yacht and Country Club is plotting it’s way forward. Through smart use of technology, they’re able to create a member experience that recognizes individuals and connects them to the club in a modern way.  “It's been an exciting timeframe to be here,’ said Maureen. “I can't wait to see where we end up because it's going to be someplace great.” Spoken like true sea-faring adventurer … or pirate.

Download Conversations with the Next Generation of Leaders to see how forward thinking club executives are tackling today's biggest challenges.

About Tampa Yacht and Country Club

The Tampa Yacht and Country Club was founded in 1904 by the leading business and professionals of the city of Tampa, with the continuing mission to further the tradition of providing exceptional boating, recreational, dining and social experiences befitting our members and their families.

The Club Industry is changing — it has to change to keep pace with its audience. At the front of that change are club leaders paving the way by blending new ideas and member experiences into something familiar and yet different. We’re featuring these trailblazers, the Next Generation of Club Leaders, to share and better understand their stories, successes, and their impact on the future of the club industry.